A CD, Some Books and the Return of the Doctor

Sunday 5th April: A leaving do on Friday evening (and the accompanying hang-over on Saturday…) together with working away in Walsall overnight on Saturday, prevented me from seeing any live bands this weekend. So, it’s back to the old fail-safe… book and CD reviews. 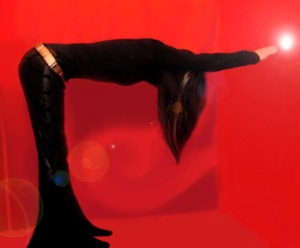 I ordered this extended EP at the same time as Panic Room’s debut album, but it took a couple of days longer to arrive, so missed out on the last round of reviews. Anne-Marie is the lead-singer (and co-writer) with Panic Room and is also, currently, performing with Mostly Autumn. This is her solo debut from back in 2004. An enchantingly powerful mix of six songs that hark back, in places, to Jethro Tull and forward, in others, to Odin Dragonfly, The Contact is a worthwhile addition any prog/celtic rock fan’s CD library. I have already mentioned Anne-Marie’s incredible voice and on this CD she also plays guitar, piano, flute and percussion (as well as programming and effects and photography for the insert). She is joined by Dave Kilminster on guitar and Adam Pain on bass, but, apart from that, this is very much a solo effort from a very talented lady.

I’m not a big fan of horror (or, perhaps more appropriately in this case, dark fantasy) books, primarily sticking to Stephen King, who has the ability to scare the willies out of me. For some reason, though, back in 1998, I bought a copy of Escardy Gap, one of the first offerings from Simon and Schuster’s new (at the time) imprint, the now defunct Earthlight. I seem to remember that it got good reviews and, I think, one of the reasons I bought it was that one of the authors (Crowther, if I recall correctly) lived in nearby Harrogate. The titular location is a typical small American town in the 50s or 60s. (There are enough references to work out exactly which decade it is set in, but I’ve now lent my copy out and forgot to take any notes.) One day a train pulls into the station. It isn’t the regular train, that’s not due for a few days. This train carries The Company, a bizarre collection of characters who promise the denizens of the town a show in return for hospitality. The show, however, turns out to the the systematic murder of the town, using methods which suit the various members of The Company. It is up to 12-year-old Josh and the town’s mayor to try to get help. But, it’s also the story of two writers and incorporates a breaking of the “fourth wall” as these two stories, one of which is initially seen as a framing sequence, start to overlap. Apart from a certain degree of perversity in some of the methods of murder, this was a thoroughly enjoyable book. Not frightening but certainly intriguing, full of strange characters, including the townsfolk, and with more than a hint of Ray Bradbury about it. It’s certainly the book I’ve read fastest, so far, this year.

Enjoyable, but not as much as Escardy Gap, was this duology from Julia Gray (Mark and Julia Smith, who also write as Jonathan Wylie). Set in the volcanic land of Tiguafaya, the first book, originally written as a stand-alone, tells the story of the Firebrands, a group of young men and women who believe that the use of magic is the key to ridding the land of the fireworms, vicious creatures who burn all in their path. However, the governing Senate is corrupt and are trying to use the fireworms in a bargain with pirates, a bargain that will see the pirates tricked and the Senate richer, and are trying to stop the Firebrands’ plans, eventually criminalising and exiling them. The only widely-used magic in the land is that of telepathic links with birds that quite a lot of the population has (each person linked with one specific bird) and the authors even manage to imbue the various feathered helpers with their own individual personalities. The second book picks up the story after the corrupt members of the Senate have been defeated, the Firebrands have been seen as heroes and the neighbouring country is about to launch a holy war against Tiguafaya. The writing in the two books isn’t brilliant and, being honest, I did find my mind wandering a few times while reading them. However, sticking with them was worthwhile as the ending of each was spectacular. Strangely, in this time of forest-destroying series, the first book is one of those rare creatures, a truly stand-alone story which has an ending. There really wasn’t any need for a sequel but, in my opinion, this sequel is the better book.

Finally, I’ve just watched last night’s Doctor Who. The return of David Tennant to the role he fills so well, the return of Catherine Tate to a role that’s going to have to grown on me (she needs to stop slipping into her annoying “comedy characters) and an earlier than expected return of, well, that would be telling. Russell T Davies delivers a humourous script for the first episode of this series, with perhaps the cutest aliens you will see in he show. From the perfectly choreographed opening, with the Doctor and Donna continually just missing each other, through the priceless moment when they finally catch up, to the ending as Donna finally accepts his offer to join him in his travels, this was a perfectly paced episode. Sarah Lancashire puts in a fine performance as the villian of the piece and Bernard Cribbins returns as Wilfred Mott, his character from last year’s Chrismas special who, as it turns out is related to Donna. Excellent.

Regular gig-goer in York, both to see local and touring bands. Huge music fan, with more CDs than my wife thinks any one person should own. I also collect American comics, read a lot of SF and fantasy and am a season-ticket holder at Leeds United.
View all posts by Ian →
This entry was posted in Books, CD Review and tagged Anne-Marie Helder, Doctor Who, James Lovegrove, Julia Gray, Peter Crowther. Bookmark the permalink.